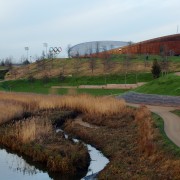 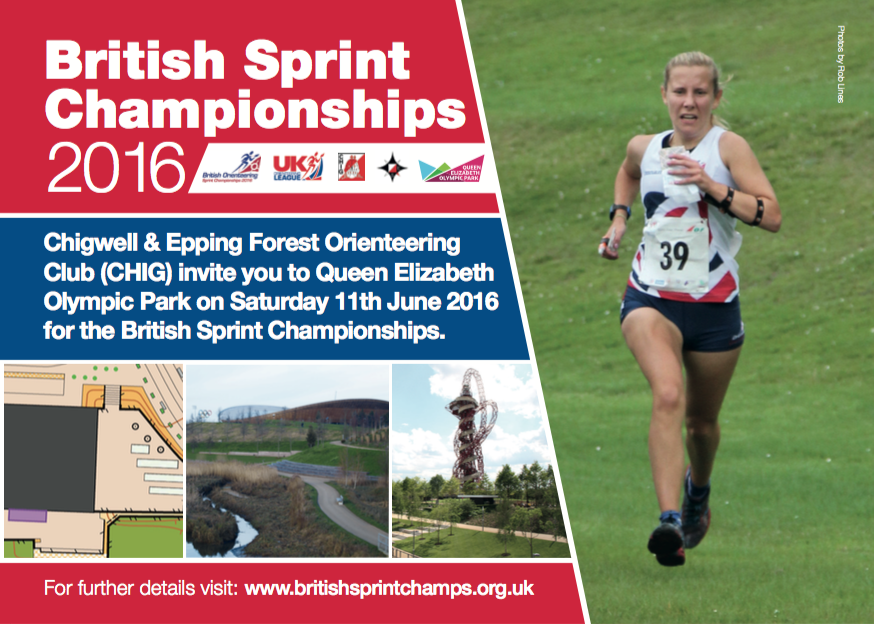 Entries for the British Sprints and British Middle Distance Championships are by pre-entry only and can be made at http://www.fabian4.co.uk/ from 1st March 2016.

Entries close at midnight on Sunday 22nd May 2016.

No non-Championship courses will be offered.

Please note that, in line with Queen Elizabeth Olympic Park event policy, car parking will not be offered for the Sprint Championships. Stratford is a major transport hub for main line trains, London Underground and Overground, DLR and buses. Stratford International is also served by mainline high speed services and the DLR. For further information visit www.tfl.gov.uk .

Start times are expected to be over a window of between 60 and 75 minutes. The first start time for the Qualifying race will probably be 11am, but may move to an earlier time, at the earliest 10am. There will not be a start time option for competitors.

The Elite Steering Committee will be allocating start times for all seeded M/W18, M/W20 and M/W21 in the Men and the Women Open Class.

For all other classes, excluding M and W10, start times will be in reverse order of ranking in class blocks. For juniors the start order will be random except that those on the Junior seeding list will be at the end of the class block.

Depending upon the helper’s role, start times may be fixed or open; we will aim to accommodate all those wishing to compete and will determine the options once teams and roles are finalised.

The entry fees are:

SI card hire is an additional £1.

Anticipated Course and Class combinations (based on 2015 participation)

It is hoped that a free Xplorer activity will be available.

Before 22nd May changes to entries may be made by the logging into http://www.fabian4.co.uk/

The event is covered by the standard British Orienteering major events Cancellation Procedure and Policy and Cancellation, Curtailment and Refund Policy, except that the following terms will apply to cancellation by competitors.

If a participant wishes to cancel an entry they should contact the Entries Secretary: entriesBSC-BMC2016@seoa.org.uk .

The refund for both the Sprints and the Middle Distance will be the entry fee minus £4 per senior and £3 per junior to cover fees and administration.

Competitors cancelling their entry after 22nd May will receive no refund.