The final North London Street Orienteering League race of the 2013/14 season was held at Plaistow on Thursday 27 March. Eoin O’Callaghan (SLOW) topped the scoring on the night with 540 points ahead of Ben Smith (SLOW) and Harold Wyber (CHIG).

Sue’s good result on the night saw her take the full 100 points for the handicap competition, and she finished 1 point ahead of Elaine Battson to win the Handicap Competition.

Thank you to all of the 96 different competitors during the season for supporting the events and well done to our winners, Ed Catmur (SLOW, male champion), Jayne Sales (SLOW, female champion) and Sue Carter (CHIG, handicap champion).

Thanks to our six event organisers and to John Duffield the series organiser. 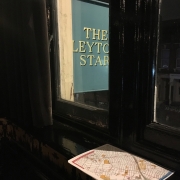 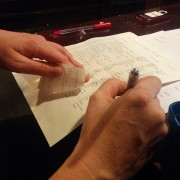